Why You Need a USB Data Blocker

After more than a year of sensible precautions – which included staycations rather than the normal out-of-town trips – both personal and business travel are starting to pick up again. For many, that includes airport wait times and layovers, where our cell phones are often called on to alleviate the boredom.

It is during times such as these that we are often scrambling for a spot at the public charging station – especially when we realize we forgot to pack our charging cable. This scenario doesn’t happen only at airports, either; it’s replayed over and over again at charging stations in hotels, cafés, train stations, and other public places.

Public charging stations are convenient, yes, until a hacker uses that USB charging port to steal your data and brick your phone.

Are Charging Ports Really That Vulnerable?

Using a charging kiosk to steal data from your smartphone is relatively easy. The majority of these charging stations are unsecured and don’t take hackers much effort to infect with malware. When you connect to that port via a USB cable, your phone becomes infected, too, allowing the cybercriminal to steal anything residing on the device, including bank and credit card account credentials; wireless payment credentials, such as those associated with Apple Pay and Google Pay; phone contacts; account passwords; photos; and more.

This all happens in a matter of seconds using a malicious app that can clone all of your phone’s data during the first few moments of charging. In short, long before your smartphone is fully charged, a hacker will have everything they need to impersonate you, which is valuable information that can be sold on the dark web for a profit or re-used in social engineering campaigns.

Protect Yourself with a USB Data Blocker

A USB data blocker is a device that plugs into the charging port on your phone, acting as a shield between the public charging station’s cord and your smartphone. USB data blockers, in a nutshell, restrict hackers from accessing your phone’s data. Your phone will draw power as usual, allowing you to use it normally and charge it at the same time, but the data blocker prevents any data exchange.

While a data blocker is your best defense against public charging stations, there are two other things you should always do, too. First, when using a charger that is not yours, always turn off your phone. Second, always deny any request to allow the cable to be used for data transfer.

Of course, you should always pack your own charging gear, but for those times that you forget, resist the urge to plugin to a public charging station – unless, of course, you have a USB data blocker in your bag. 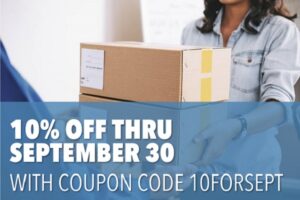