Digitally Protect Yourself This Holiday Season

If you’re traveling this holiday season – and many of us are – you’d be smart to take the same approach to securing your digital data as you do to securing your home. Digital threats are at an all-time high, and those threats increase exponentially when you are on the road.

Just how bad is it? In 2020, the most recent year with available data, there were 4.8 million identity theft and fraud reports received by the Federal Trade Commission, according to that agency’s report, “Consumer Sentinel Network: Data Book 2020.” This represented a 45% increase from the 3.3 million reports in 2019.

To compound the severity if the situation, travelers are a favorite target of hackers.

“People carry a goldmine of data when traveling including passports, payment information, and detailed travel itineraries,” said Caleb Barlow, Vice President of X-Force Threat Intelligence at IBM Security, in an IBM blog post. “When placed in the hands of a cybercriminal, all of this information can be patched together into a complete picture of the traveler’s life to inform identity theft, initiate spear phishing attacks, or be sold on the dark web.”

First, do not charge your smartphone at public charging stations, which often appear at airports. Stealing data from your smartphone via a charging station is easy through a tactic called juice jacking. A cybercriminal can breach an unsecured charging kiosk using malware, then drop an additional payload that steals information from connected devices. Crawlers can then search your phone for personally identifiable information, including bank and credit card account credentials; wireless payment credentials, such as those associated with Apple Pay and Google Pay; phone contacts; account passwords; and more.

If you have no choice but to use a public charging station, then connect to it using a data blocker. The Smart Keeper Smart Data Blocker, which sells for $21, is a physical cybersecurity device that blocks all data connections to a USB port while allowing the port to be used for charging.

Second, do not connect to public Wi-Fi, which includes airplane Internet connections. Hackers can easily access your connection while on public and airplane Wi-Fi and steal everything from bank account numbers to social media passwords. That’s not all. They can also infect your smartphone with a virus or malware that can then infect your laptop or desktop, should you connect your phone to one of those devices.

If you’re concerned about passing viruses and malware from portable devices to your computer, then you would be wise to block your computer’s USB ports with a physical USB port lock. These nifty little port locks start at $2 each and can prevent countless headaches, including being the victim of ransomware.

Be Cyber Smart During the Holidays

With so many people traveling this time of year, it might not be uncommon to find a “lost” charging cable, power bank, or USB flash drive. So, a final word of advice. These items might not actually be lost, but placed by cybercriminals in airport waiting rooms, hotel lobbies, and office building parking lots for the sole purpose of tricking you into using them and infecting your device. As enthusiastic as you may be about finding some useful hardware, you will be more thankful not to be the target of some hacker’s next cyberattack. 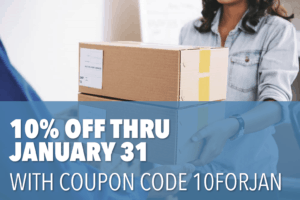